A civil litigation law firm which, for over Seven decades, has concentrated in the representation of victims of catastrophic injuries and death arising out of aviation, automotive-trucking, railroad, professional negligence and other complex civil litigation 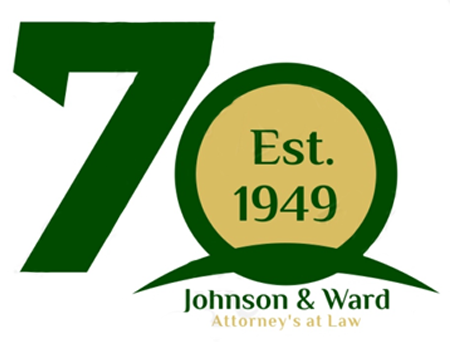 Johnson & Ward congratulates firm members William C. Lanham, Clark H. McGehee, and William D. deGolian for their recent selection as “Georgia Super Lawyers 2012,” as noted at www.superlawyers.com and the March 2012 edition of Atlanta Magazine. Johnson & Ward also congratulates its partner, Clark H. McGehee, on his 2011 selection by the National Trial Lawyers Organization for inclusion in “The Top 100 Trial Lawyers,” www.thenationaltriallawyers.org and partner William C. Lanham, on his two year term, 2004-2006, as Georgia chair of the American College of Trial Lawyers, and on being selected as one of Georgia’s “Legal Elite,” as noted in the December 2005 edition of Georgia Trend Magazine, www.GeorgiaTrend.com.

Johnson & Ward also congratulates firm member Clark H. McGehee, for his volunteer work on behalf of victims of the September 11th tragedy in which he obtained a $1.6 million award for a catastrophically injured security guard who received burns when American Airlines flight 11 struck the North Tower of the World Trade Center. Mr. McGehee was one of only fifteen attorneys selected nationwide to provide free legal representation to catastrophically injured burn victims of the September 11th tragedy through the Trial Lawyers Care Program of the Association of Trial Lawyers of America (for additional details, see the article, “An Atlanta Lawyer’s Experience in Performing Pro Bono Representation of a 9/11 Victim Under the Victim Compensation Fund,” published in October 2004 edition of “The Atlanta Lawyer” magazine, and the story published in the Aug. 5, 2004 edition of the Fulton County Daily Report).